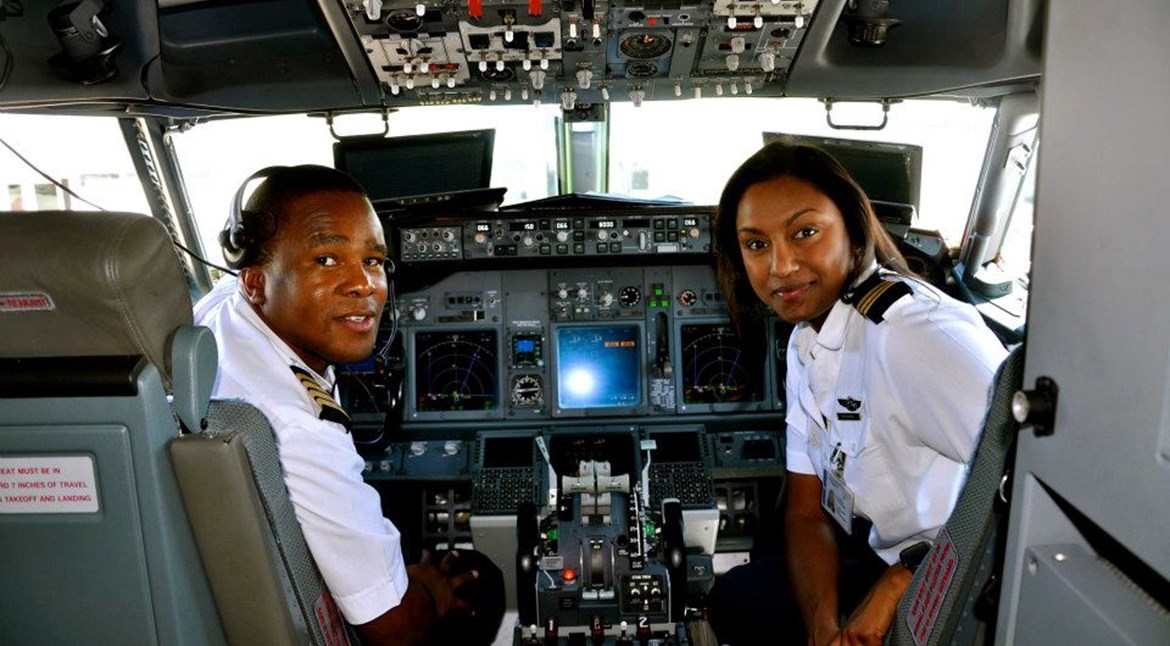 The airline pilot (captain or co-pilot) prepares and programs his flight very carefully because safety requirements are obviously maximum for passenger transport.Before the flight, he establishes the flight plan according to the weather, the route and of its specificities, it determines the quantity of fuel, it checks the navigation instruments with the co-pilot and enters the data into the flight computer.During the flight, it monitors all the parameters, dialogues with the control towers, watches over fuel consumption and has to deal with the unexpected. Since all communications are in English, the airline pilot is necessarily bilingual. Airline pilot is a prestigious but difficult job which requires foolproof physical and nervous resistance: sleepless nights, time differences, pressure related to passenger safety. The airline pilot undergoes medical visits and professional aptitude tests regularly to ensure good health and responsiveness, particularly in emergency situations. Before reaching the title of Captain (CDB), responsible for the entire crew, the airline pilot must accumulate experience for years as a co-pilot (OPL). The commercial pilot exercises in several sectors such as freight transport, humanitarian missions, rescue, towing advertising banners, aerial photographs, agricultural operations, dropping paratroopers, instruction in flying clubs.