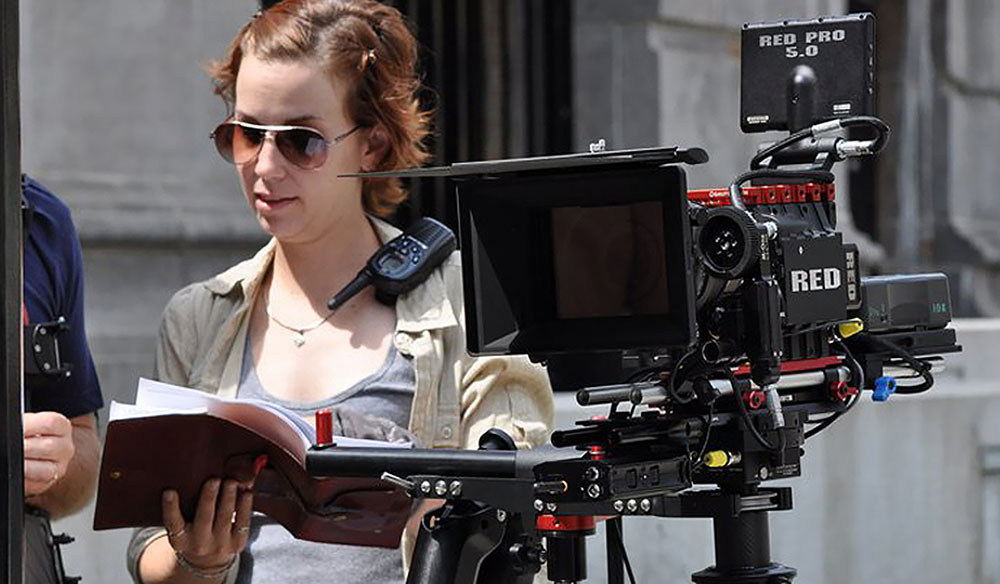 Person who, in close collaboration with the director and the stage manager, performs various technical tasks relating to the preparation and production of a film or a television program. As part of her duties, she attends production meetings, reserves rehearsal rooms and studios and prepares the detailed list of required equipment (sets, costumes, props, etc.). She takes detailed notes on everything related to the shooting of the production in order to have in hand all the information that will make it possible to avoid errors in visual content (sets, accessories, costumes, make-up, hairstyles of the actors, positions or expressions, etc.). She draws up the statement of production costs, prepares the annotated texts for the switchman, noise makers and sound technicians, distributes the sequence of shots to the cameramen and supervises the installation of equipment and sets on the set. She takes note of all the data that will later be used to edit the video tape (length of each sequence, shots chosen by the director, etc.) and takes part in the postproduction of the film or television program.